It could be argued that humans have rarely been truly free. We’ve often been at the whim of tyrants and saddled with insane amounts of taxes, rules and regulations.

Despite that, almost no one ever argued against the right of individuals to be free. Until now.

Under the guise of a virus with a survivability rate of 99.7%, most world governments have been in lock step, implementing draconian rules intended to deprive us of our fundamental rights.

We no longer have freedom of movement, freedom of association and not even free speech. That is, unless you agree with the official narative, then you can spout nonsense all you want. Or, if you’re some government big-shot, then you can travel. Basically, if you’re in the inner party, the rules don’t apply to you.

The governments decided being locked down is good for you. They also decided you don’t have to see your relatives. Or gain a living, because your business is “not essential”. (Can we declare the government “non-essential”?)

We expected nothing less from the government. But we still have hope for the people.

And that’s why we still fight. 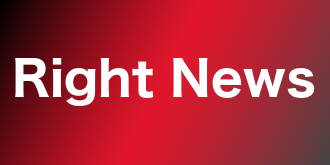